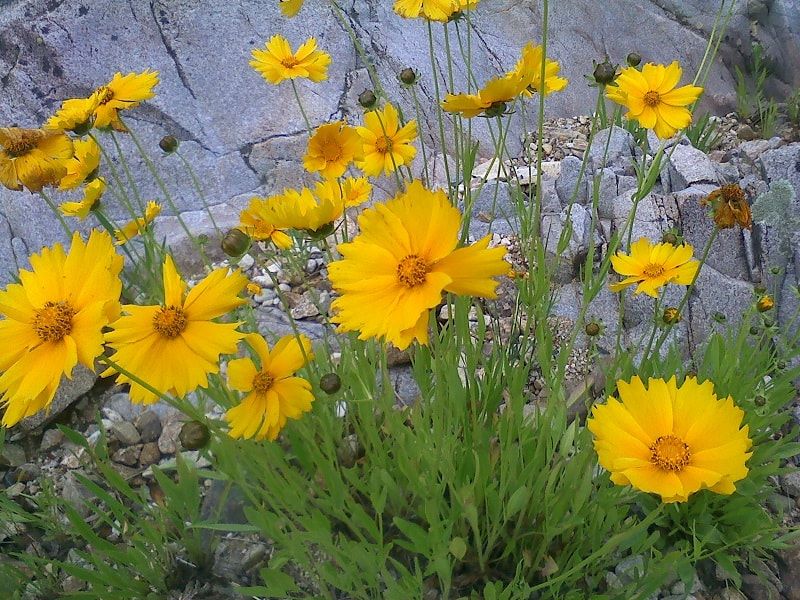 Detecting and Prospecting for Gold:
Are You up for It?

Over the years that I have been detecting for gold I have had many of the same questions come
up. I decided to write this article to hopefully answer some questions that a person wishing
to break into this fantastic hobby many of us share, may have. Many people when choosing a
hobby fail to consider all aspects of a particular hobby. I hope that I can help someone decide if
they are trying to make the decision to become an electronic prospector or not.
Here is one of the questions I have been asked over the years. What does it take to get into
gold detecting? This may seem like a simple question but the more I hear it, I have seen that it is
not. To me detecting for gold is a mindset. I have good days where I find a nice patch and I have
days where I draw a total blank, the skunk. To me every day that I am outdoors and detecting
for gold is a good day. Even though we are talking about a hobby, many people expect a return
for the outlay of time and equipment.
To break into gold detecting I think the one big consideration is the physical endurance
a person can or cannot put up with. I have many people that think the long ride in the rig is
the big part and once they get to the location all they have to do is start swinging and the gold
will come their way. To be honest there are some locations like that, however there are far more
locations that take quite a bit of physical endurance to get to. When I go out detecting there are
places where I go straight line to an area but there are also places that are not so direct. Everyone
is different and what seems like a mile to me may seem like five miles to another person. The
physical aspect to gold detecting is real. You may have to get out there and walk day after day.
Are you up to that?
If you have made the decision to go on then one of the next items to consider is what you
are going to be carrying with you. Again everyone is different and some need more while others
require less. If you are going to be away from the rig for a while or do a long hike into a location
then you are probably going to need food and drink, enough for the day.
Do Your Homework

When I first started prospecting at about age ten my uncles showed me many old mining sites
in Trinity and Shasta Counties. Being shown firsthand what different mining operations looked
like made it a lot easier for me. Not everyone has that type of opportunity. After a while I began
to seek out new places in my hunt for gold. Some of the following information may be old
hand for a few folks but remember there are lots of new people that are just now breaking into
prospecting. I hope that this chapter and the rest of this book will help a bit.
At first I thought of maps and books. I went to the library to search for mining books. This
in itself was overwhelming to me. There were just so many types of mining. I decided to start
breaking my research into bits and pieces that I was interested in. I started with local history and
began reading anything I could find related to gold mining in Trinity County. I was just a kid and
did not know my way around a library so it came as big surprise to me all the fascinating things
that could be found. This small and old library actually had a little room that was dedicated to
local history. With this discovery I was set for a few years.
A while after finding this bonanza I still wanted to break down the information that I had
gleaned from all the local history papers and books. During my first few years I learned about
all the mining that took place in Trinity County and how the old timers went about it. I had
found out about the large hydraulic mines and ground sluice operations. I read about the giant
wing dams on the Trinity River and saw pictures of exposed river beds open to mining. I also
read about all the quartz mining up on the mountainsides. I learned about the old pocket miners
making a living from one hole to another. I was able to visualize Trinity County changing right
in front of me through these old books, historical documents and papers. I learned a lot about
the areas the old timers worked and what they found but I needed more. I wanted to search out
locations that not many people had heard about. I also wanted to start matching up place names
to a map.
Old Diggings and Pockets

Hello all, here is an account of a day trip that I went on a while back. I slept in until six that
morning, got up and drove off to one of the areas that I have been eyeballing for a while. This
bit of country cannot be seen to well on Google Earth so not many people venture out through
this particular area of manzanita covered hills. The ground cover is very thick but there are old
workings scattered around and I came upon one of those on this day. I had been crawling through
old growth manzanita for about forty minutes when I decided to take a break. I was bound and
determined to keep going straight ahead towards a gully that was out there somewhere. I did one
of my Ranger snooze’s and came alive a few minutes later as the flapping wings of a large hawk
grew louder until the bird landed right above me. The hawk must not have seen me, which I
thought was odd, but the first instant I moved the bird was out of there.
I have this thing about following birds when I am out walking and crawling in the woods.
They have led me to many locations that I probably would not have found if I had not followed
them. And by the way, I have already had many people tell me I am crazy so you will not be the
first. I followed the hawk and after breaking brush for another ten minutes I came out upon a lip
of high ground. There below me was a small digging that was covered up in thick brush around
the edges. This place looked very promising, red dirt, rock stack, and lots of yellow, white clay.
This was a typical pocket formation. I slid down the red slope until I hit the bottom.
Looking around I could tell that this was an old hand digging. As I walked around the
perimeter of the digging I could see shovel and pick marks scratched on the clean hard clay
bedrock. I was trying to lay out the size and shape of this old pocket digging and find any
indicators that would point me to a spot to start detecting. All of this ground looked good but
I wanted to narrow it down a bit if I could. As I walked towards the end of a small open area of
clay I saw a gully that looked like it had been taken down by hand. This little gully was running
down the back side of the slope. As I approached the gully I noticed that maybe it had not been
worked and was just the result of erosion.
A Golden Summer

It has been almost fifteen years ago that I worked with the US Forest Service as a trail crew
leader in Trinity County, California. My crew consisted of guys and girls from many locations
in California, all just out of high school. We would get dropped off at a particular trailhead and
begin our trek up the trail to our work location. Normally we would do trail work for seven
days, then off four days. Many of the locations that we worked were gold bearing areas while
many were not. In Trinity County the old ancient channels left benches and terrace gravels on
every other watershed. One week we were working along a watershed that was devoid of gold.
It was day three and I had one person accompany me on a reconnaissance mission for some
possible trail work over the ridge from where the crew was located. The rest of the crew worked
on finishing up a short stretch of trail while we were gone.
As my co-worker and I moved down the trail marking areas that needed work we came close
to the creek bed. We decided to take our lunch break at a nice expanse of broken bedrock that
had some good spots to sit and eat. The stream that we were on was one that had lots of old
channel workings. In fact this area had been pointed out to me by one of my uncles years earlier
as possibly still having some really good spots to recover gold. This creek had been worked by
miners extensively since 1860. Some very large nuggets (pounds) had been found in this creek
and along its benches. There was no part of this stream that had not been turned upside down
in the search for gold, except for the one mile piece that we were sitting at. Above and below
this one mile stretch the miners had torn the place up. This area was left unworked because of
the depth of the gravels compared to the rest of the creek bed. The old timers had used what is
called a Ruble Elevator to move the washed or unwanted gravels to a location away from the
workings. Because of slight elevation gains downstream, the gravels built up and this area was
almost impossible for the miners to work effectively.
The first time I saw this area my uncle and I were on one of our six week summer walks that
would take us from what is now called the Trinity Alps, on through the Salmon River divide
country, and into the Marble Mountains. We would continue into the Oregon country and
then head back to Weaverville via a different route. I learned a lot about these mountains while
growing up in them and making these long distance treks. My uncle told me about this part of
the creek that had never been worked and the reasons why it had not been worked. I never had
another thought about this creek until the day my co-worker and I sat down for lunch along
the clear, cold running, snow fed water. Where we were sitting the creek was close to twenty
feet across and the water was no more than two feet deep. The bed of the creek was barren of
any gravel and I could see bedrock formations all over.
BUY MY E-BOOK NOW
BACK TO THE TOP